We’re all human. From aching joints and sore muscles to sleepless nights and simply feeling anxious, each of us has different daily obstacles to overcome. Hámarki believes in helping people exceed their own expectations and reach for their best physical and mental selves through the universal benefits of Hemp.

We prioritize quality. As Hemp consumers ourselves, we strive to deliver the highest quality Hemp-powered products on the market because our customers deserve the best.  Our natural, plant-based products have been years in the making and are locally grown and formulated using a pure, full-spectrum hemp. They are non-GMO, vegan and cruelty-free.

We make it easy. Our products are accessible over the counter, not hidden in the back of a health store. You can purchase online with total security and the products arrive conveniently at your doorstep. We want you to be ready for your next busy day, to take on a 5k, swing your golf club with ease, and get better sleep.

Hámarki is here to help you reach your peak naturally.

With the goal to help people reach for their best physical and mental selves, Hámarki believes in universal benefits that CBD offers to all ages and backgrounds. We strive to impact several industries – from retail and beauty to athletics and nutrition – delivering the high quality CBD-powered products that our customers across the country deserve.

Jason’s passion for perfecting Hámarki’s products began when he immersed himself in the cannabis industry in 2016, working for three different medical growers in trimming, hashing, transplanting, topping, green house construction, sales, distribution and extraction and becoming a volunteer and activist with Right to Grow in Medford, Oregon. Jason completed extensive market research on over 50 dispensaries and is now bringing his products to market as the co-founder of Hámarki.

A man of many trades, Jason has worked as a successful Certified Financial Planner (CFP) generating over $12 million in new business, and acting as COO at biotech start-up, Anemitech, where he led capital investment. Beyond his finance background, Jason is a golf and personal training veteran, acting as the Owner of 72nd Hole Fitness in Murfreesboro, Tennessee where he worked directly with clients as golf teaching assistant. Jason earned a Bachelor of Arts Degree in History from Brown University in Providence, RI where he as Captain of the Brown Men’s Golf Team from 2000 – 2004. 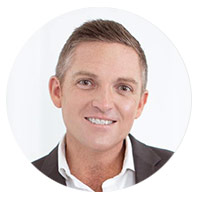 As a business investor, entrepreneur, and real estate market leader, Travis is a veteran sales professional, but his experience with CBD’s positive effects hit a very personal note for him when his mom fell ill with cancer. Through his mom’s use of CBD products to help her find comfort during the treatment process, Travis saw CBD’s positive effects first-hand. From then on, he knew he wanted to find a way to give these impactful CBD products to everyone who lives with ailments like physical discomfort and anxiety.

With demonstrated success in consulting, financing, and appraising home sales. Travis is a listing specialist with Keller Williams Realty and President of T&T Real Estate Investments founded in 2008. His company has bought, rehabbed, and successfully sold over 100 homes in the East Tennessee region. Travis earned a Bachelor of Business Administration focused in Business Management from University of Tennessee.